We are happy to see Lars back at EMS for a second residency this year!

Lars Lundehave Hansen has been working in the fields of ambient/drones and noise for the past 16 years - as a soundartist, enthusiastic promotor of and dedicated performer in these fields. The usual works of Lars L. Hansen are often constructions, making a point of being constructions, that emit or react to sounds or noise. In an attempt to explore the relations between timbre / room and action / reaction the works often revolve around controlled randomness, manipulation, expectation, suspended animation as musical criteria and sound as a physical entity. 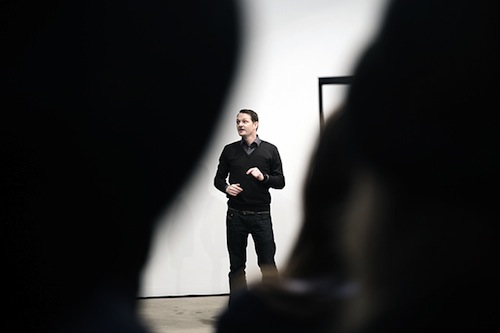 He also co-founded legendary organization Noisejihad and is the catalyst behind danish renowned drone-act Wäldchengarten. The latter having a batch of highly acclaimed releases under their belt as well as having toured extensively in Central-Europe, Scandinavia, China, Japan, Brazil and performed at major Danish festivals such as Roskilde Festival and SPOT Festival.

Lars L. Hansen graduated from Jutland Academy of Fine Arts in 2006. Here he recieved the award of distinction for his work with sound in artistic contexts. In 2011 he recieved a Honorary Mention in Digital Music and Sound Art at Ars Electronica in Austria for his work Spiderbytes.

After 4 years in Berlin he moved to Copenhagen in 2013 and is now part of the diverse milieu revolving around the notorious venue Mayhem, which is also home to his studio. His recent endeavours into sound beyond music has been highly anticipated and made widely public available through spanish label Con-V.

An AIR-programme grant from Nordic Culture Point has made it possible to invite Lars to work at EMS.