Build a digital wavetable synth and printed circuit board artwork in a workshop with Dirty Electronics and Max Wainwright.

Calling all activists, sound artists, and pseudo philosophers. Individual political texts, protests and manifesto will be written to EEPROM of a chip on an artwork printed circuit board. The text determines which programs are available and in which order they are read. Controls are a singular button, microphone and touch. 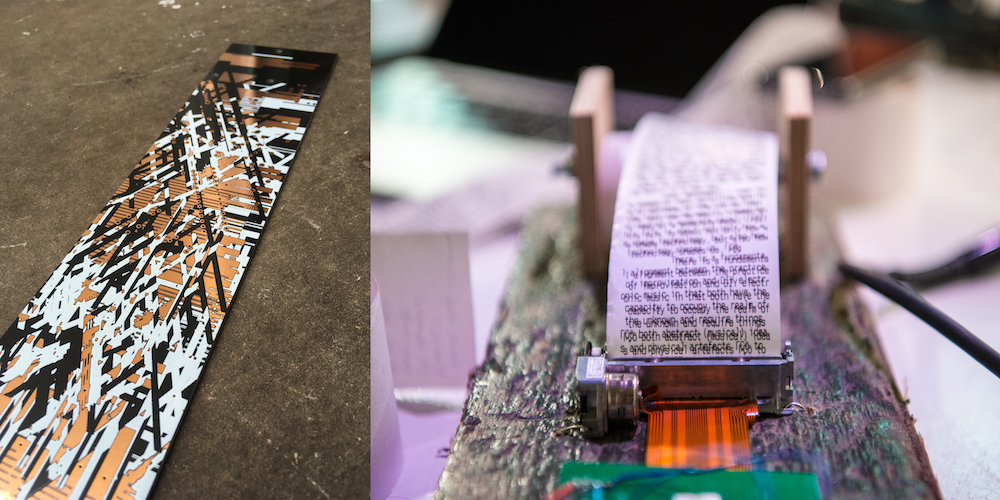 Body as Instrument -a presentation, lecture and performance by Dr Atau Tanaka @ EMS 24 May, 2018

This presentation includes a lecture, “Body as Instrument” and a performance of three short pieces for muscle-music interface, Le Loup, Lifting, and Myogram.
The presentation will be held at EMS on Thursday 24 May at 19.00-20.30.
Body as instrument
The talk considers the human body as musical instrument. To do so, we look at the use of physiological signals, notably the electromyogram, as a way to capture the gestural intention and effort of the performer. The use of biomedical technologies as computer interfaces, however, do not automatically comprise a musical instrument. To imagine a system that affords expressive musical performance, we will think about the notion of the “instrument”, and contrast it with concepts of the “tool” predominant in our technoculture.
Le Loup Lifting Myogram
In the performance the instrument captures electromyogram (EMG) signals reflecting muscle tension. The system renders as musical instrument the performer’s own body, allowing him to articulate sound through concentrated gesture. The sources are natural and synthetic sounds, and sounds of the body.
In Le Loup, howling wolves are stretched and sculpted. In Lifting whistling oscillators modulated. In Myogram, a direct sonification of muscle cell action potentials is heard as a stochastic pulse train reflecting limb activity and feed resonators and filters. The work is the result of the MetaGesture Music project, which was supported by the European Research Council (FP7-283771).

Atau Tanaka's first inspirations came upon meeting John Cage during his Norton Lectures and would go to on re-create Cage’s Variations VII with Matt Wand and :zoviet*france:. In the 90’s he formed Sensorband with Zbigniew Karkowski and Edwin van der Heide. His work has been presented at Ars Electronica, SFMOMA, Eyebeam, V2, NTT-ICC, and ZKM. He has worked at IRCAM, Artistic Co-Director of STEIM Amsterdam, and researcher at Sony Computer Science Laboratory (CSL).  He is Professor of Media Computing at Goldsmiths, University of London.

This is a DIY event for people interested in building a Serge synthesizer using the kit from http://www.73-75.com/
After a highly appreciated introduction evening in November we continue with a focus on the final assembly and trimming of the kit.
You can of course come and just ask questions, and try the kit out even if you have not yet started building and just want to know more.
Jon will bring a couple of kits.

The time for the meeting is drop in between 18-21, Address: EMS, Söder Mälarstrand 6.

We are planning to host more of these events if you missed this due to this late announcement, the next one is on the 28th February, same time.
The DIY is Presented by Jon from 73-75.com and EMS.
Welcome! 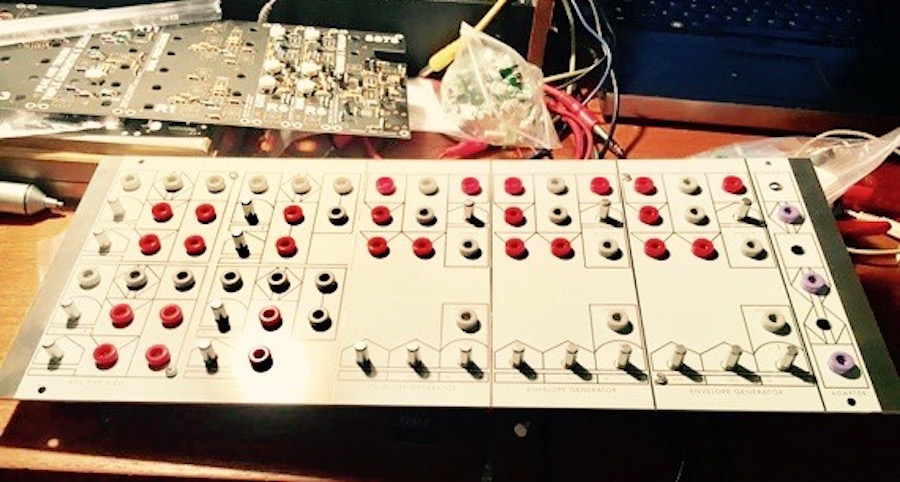