Panel discussion at Sound of Stockholm 5 November! Conflict as a creative force -the Early years of EMS

Elektronmusikstudion, EMS, is an established and integral part of the Swedish and international cultural scene, but was in its early days plagued by wrenching conflict.

The book Politics and Aesthetics in Electronic Music, A study of EMS Electronic Music 1964-79 (Kehrer Verlag, November, 2014) will be presented at Kulturhuset Stadsteatern in Stockholm in conjunction with a discussion of how the aesthetic and political conflict becomes a field of tension in which the Swedish art scene ends up on the world map.

The seminar is presented by the Swedish Society of Composers FST.  http://soundofstockholm.se/en/conflict-as-a-creative-force/ 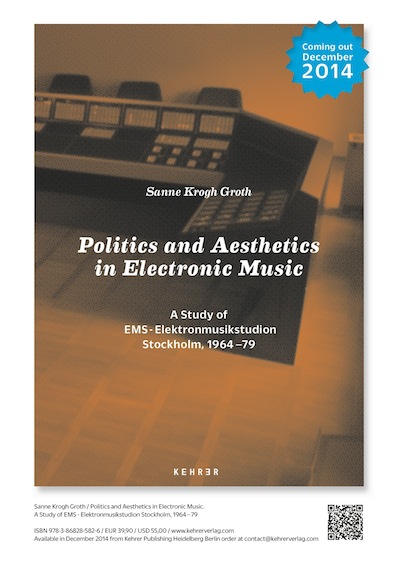