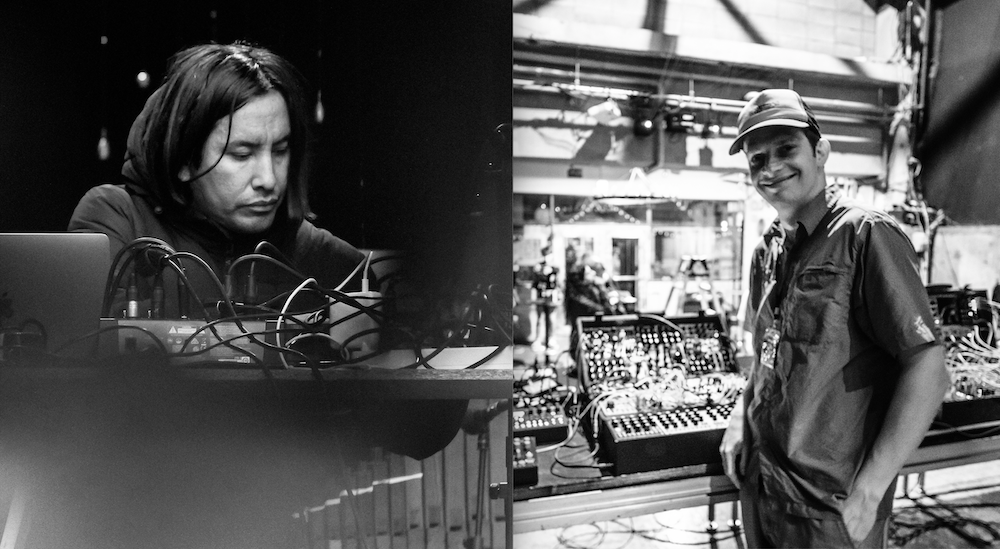 Luis Sanz (*1984, Ilo, PE) lives and works in Bern, CH. He is a multidisciplinary artist who explores synthetic sounds, computer graphics and physical audiovisual experiences. As an artist, Sanz creates installations focused on the relationships between bodies and spaces, generating acoustic-imaginary dimensions that combine video, sound objects, light and field recordings. As a musician, Sanz uses the Supercollider programming language as a tool to develop rhythmic techniques and algorithmic processes for modulation and pattern generation on digital and analog devices. He works internationally as a soloist and with Noijzu, an electroacoustic noise duo with whom he has performed throughout Asia and Europe. Sanz holds a Bachelor's degree in Art and a Master's degree in Contemporary Arts Practice from the University of the Arts in Bern, Switzerland.
instagram: @luissanz___ web: www.luissanz.ch

Radek works as an educator internationally facilitating workshops for varied audiences in the USA, Europe and Japan. He designed and delivered new courses at universities in the UK and New Zealand. He collaborated with NASA’s GISS, SpaceBase, New Zealand and Stockholm Environment Institute on projects linking art and science, which he presented in the USA, Europe and New Zealand. He also worked on Wellcome Trust funded Sonicules project, investigating the use spatial sound in anti-cancer drug design. In his works he emphasises a varied range of digital music, including algorithmic composition, free improvisation and re-contextualisation of traditional music using electronics.