Rahel Kraft (b. 1984, Switzerland) is a musician, performance and sound artist based in Vienna and Zurich. She creates interdisciplinary works by blending electronic and acoustic material, text, technology and visual media. 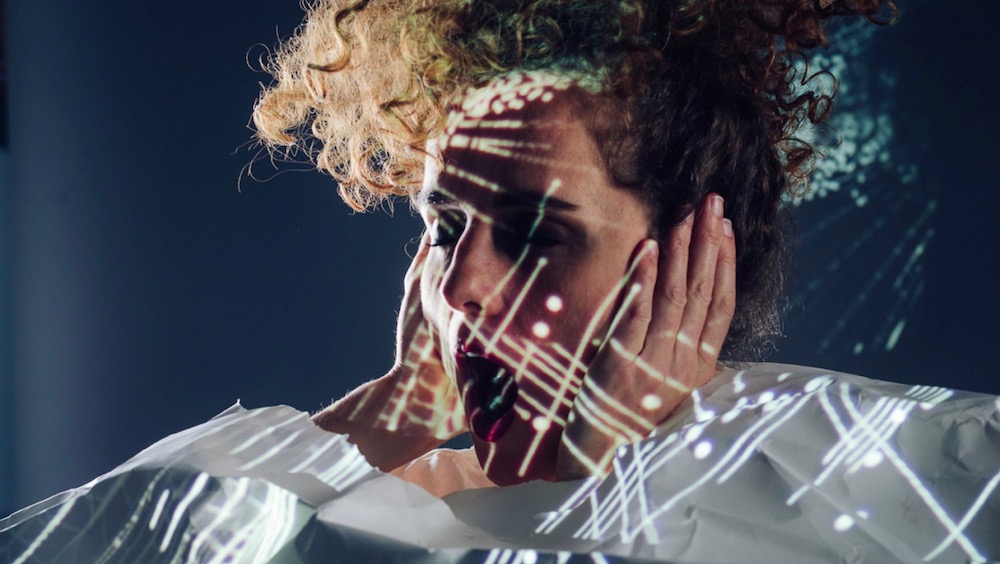 Her research and compositions are invariably driven by an examination of the human voice. This is not only a tool to develop sounds, but also a drive to get deep into the acoustics and atmosphere of spaces, or to track down collective processes such as active listening. Often, her pieces are composed in response to a place, its acoustics or atmosphere. Rahel studied Sound Arts at the University of the Arts in London [MA 2016], and Music and Vocal Pedagogy [MA 2010] at the Lucerne University of Applied Sciences and Arts.

At EMS Stockholm she is working on her current project around bodies, paper, words. Paradoxical Creatures an artist’s book and script for a performance. It is a score made up of words and images: “Listen to an empty page” or “Crumple a sheet of paper” are open instructions for action. At the same time, Paradoxical Creatures is based on an intensive examination of the medium of books and the acoustic, haptic and material characteristics of paper. How can the ephemeral actions and sounds of a performance be captured on the pages of a book? How can the book function as an instrument, or as material for a performance? Which instructions should be transferred—which white spaces occupied? Paradoxical Creatures is a script for a performance and an invitation for further performances, in which the sequence of actions can be varied and newly combined; in which one, several or many performers act; and in which the sounds can be mono- or polyphonic.