Roy Fernando Guzmán Rodriguez is a composer of electro-acoustic and instrumental music, improviser, guitarist, multi-media artist and poet. Born in San Juan, Puerto Rico on 28 June 1987, he attended high school in Rio Piedras while studying at the Conservatory of Music of Puerto Rico. His studies led him to explore musical composition in various aspects achieving theories of beauty, investigations on chaos as a starting point for creation an analysis of beautiful proportions, the creation of The Good Other Logic as a epistemological tool for creation of new knowledge and the unsignified creating "A Thesis on ______.", which describes several techniques that are creative engines for his poetry as well as his other arts. 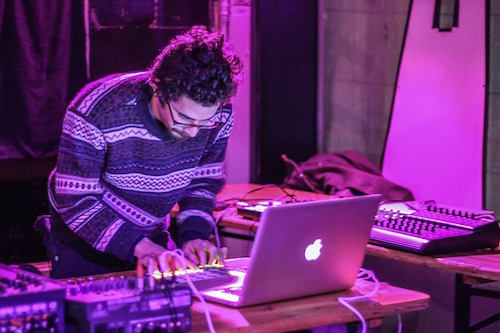 He specializes in electro-acoustic music, algorithmic music, poetry and development of aesthetic, beauty and chaos. He has released a series of chaotic generative electronic music albums: The King, [h] and others. He is the creator "El Cubo de Chuito" in the programming language Super Collider obtaining a 3d spatialization system for the creation of 3d Sound Forms in space aimed for the use of composers with scars economic resources and other DIY enthusiast. Currently researching afro-caribbean music aesthetics and culture from his home country Puerto Rico and from Cuba searching for its essence to impregnate in his music.