Born in 1975, Francisco Meirino is active since 1994 in sound and live performance, he explores the tension between programmable material and the potential for its failure by working mainly with the computer, (eurorack) modular synthesizer, magnetic fields detectors, reel-to-reel tape recorders, piezo transducers and various acoustic devices.

He is primarily interested in the idea of recording what is not supposed to be : gear failures, the death of PA systems, magnetic fields and electro-static noises, EVP recordings. Francisco Meirino's music is fascinating by its physical intensity and detail precision.

At EMS, Francisco Meirino will conduct binaural and direct to disc recordings with the Buchla 200 and Serge modular to create an extended soundbank for him to use for his next solo album. 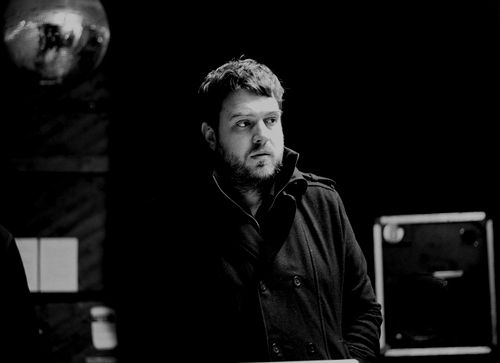 Francisco Meirino has been awarded with the composition prize for experimental music in 2003 by Pro Helvetia, the Swiss Art Council.