Frédéric Acquaviva, experimental music composer born in 1967 in France, living in Berlin since 2012. He has composed 30 works since 1990 and released 21 monographic CDs for Al Dante, Casus Belli, as well as books or multiples. 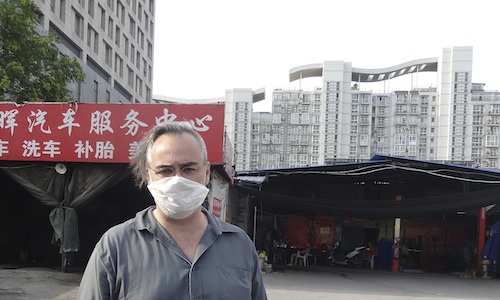 His work has been extensively commented by Franck Mallet Introducing: Frédéric Acquaviva, in magazine Art Press in October 2012, and is also part of the collections of soundworks of Bibliothèque Kandinsky in Centre Pompidou Museum, as well as the Stedelijk Museum in Amsterdam. The composer Denis Dufour invited him in 2012 to give a masterclass at Conservatoire of Paris, as well as a serie of concerts, including the french creation of his opera-world Aatie with mezzo-soprano Loré Lixenberg and older pieces with texts and voices of poets and writers Pierre Guyotat, F.J Ossang and Jean-Luc Parant.

Since 2014 he runs the artist space La Plaque Tournante in Berlin (www.laplaquetournante.org) with Loré Lixenberg, and publishes the annual transmedia magazine "CRU" (http://www.fondazionebonotto.org/poetry/collective/periodical/pvc2356.html).