Ueno Masaaki focuses on creating new orders in which unpredictability and indeterminacy coexist with regularity. His ideas come from his interest in the state of the world, natural phenomenon and laws of nature ― including weather, biological and physical processes. He incorporates these spontaneous phenomenon and processes into his work to recreate them as "artificial natural phenomenon with a new order."

Ueno Masaaki studied composition, piano and conducting at Toho-Gakuen school of music in Tokyo, Japan, where he completed the master's course. One of his chamber works was selected for the 76th music competition of Japan Awards. His winning piece »resonance of zero degree« was broadcasted on nhk-classics and played on nhk-fm. 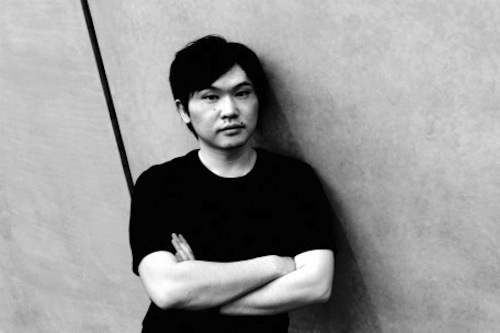 While still a university student, he provided musical works and selected background music for several fashion shows by Junko Koshino and Goro Ito. in 2007, Ueno’s idea for making a concert was chosen by suntory holding ltd., and he succeeded in holding the »p[l⇔r]ay for our world« concert at suntory-hall in Akasaka, Tokyo, Japan.

His other highly acclaimed accomplishments include conducting the soundtrack to nhk's tv drama »kou-myou ga tuji« and working as a sub-conductor for the musical »take flight« by Amon Miyamoto.

in 2012, Ueno started »p±h« – a group of artists that create new sound installations, and starting from 2013, he composed and published electronic music works under the name of ueno masaaki / Ωprojekt. His first release on raster-noton will be his ep »vortices«, part seven of the unun-series and out on september 22, 2014.