Ana Dall’Ara-Majek is a composer and sound artist living in Montreal. She is interested in the study of how instrumental, electroacoustic and computational-thinking approaches interact in music.

In 2014 she released her first solo album Air (Kohlenstoff records) where she explored the hybridization of breath, voices, instruments and electronics. A few years later she released Nano-Cosmos (Empreintes DIGITALes), an album tribute to insects, small arthropods and microorganisms, which was featured on The Wire Tapper 47 and listed by Toneshift as people’s choice best of 2018.

She also collaborated on theatre, dance and film projects such as: Crying in Public (Tafel), Laborintus (Raffinot), Cosmos Will Save the World (Lapierre), Hectore Navigatore (Totem Contemporain), as well as working with chamber ensembles including SuperMusique, Quasar, Les Percussions de Strasbourg, Sixtrum, Trio Hoboken, Lunatics at Large, and TM+, among others.Currently she’s teaching composition at the University of Montreal and she performs regularly with her groups Jane/KIN, ILÉA and blablaTrains as an electronic musician and Theremin player. 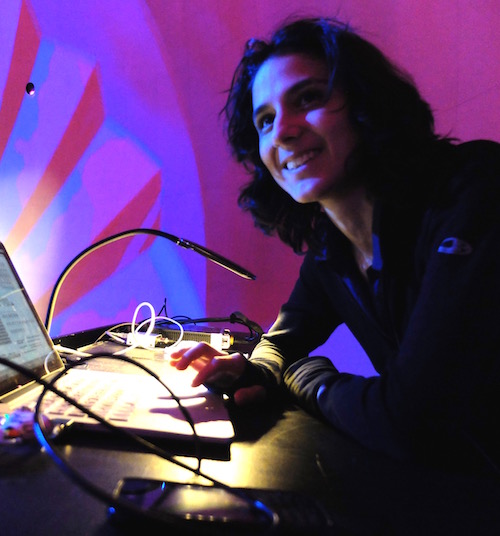