andPlay, the New York City-based duo of Maya Bennardo, violin, and Hannah Levinson, viola, are working with the Swedish composer collective, kōetsu, on a collaborative concert—Translucent Harmonies—to be performed in the Fall of 2018 in New York City, USA and in Sweden. Together they are developing an immersive concert experience where andPlay's musicianship, and the contemplative and meditative quality of kōetsu’s music can be highlighted in ways that perfectly complement each other.

kōetsu is made up of composer/performers, Ellen Arkbro and Kristofer Svensson. Arkbro's compositions are largely built on long tones that moves slowly through harmonic transformations; she invites the listener to gradually transform into the sound itself by engaging with the music in an active process of listening, rather than mere observation. Svensson's music takes a different approach, treating silence as the grounds for unpredictable constellations of quiet tones and noises, similar to how sounds are experienced in nature. They both work exclusively with the harmonic series and the tuning system Just Intonation. andPlay has found that performing in Just Intonation creates an "other-worldly" mood; the mind slows down to focus on the rich sounds that arise, transporting the performers and audience to a reality far beyond the confined space in which the music is being performed. 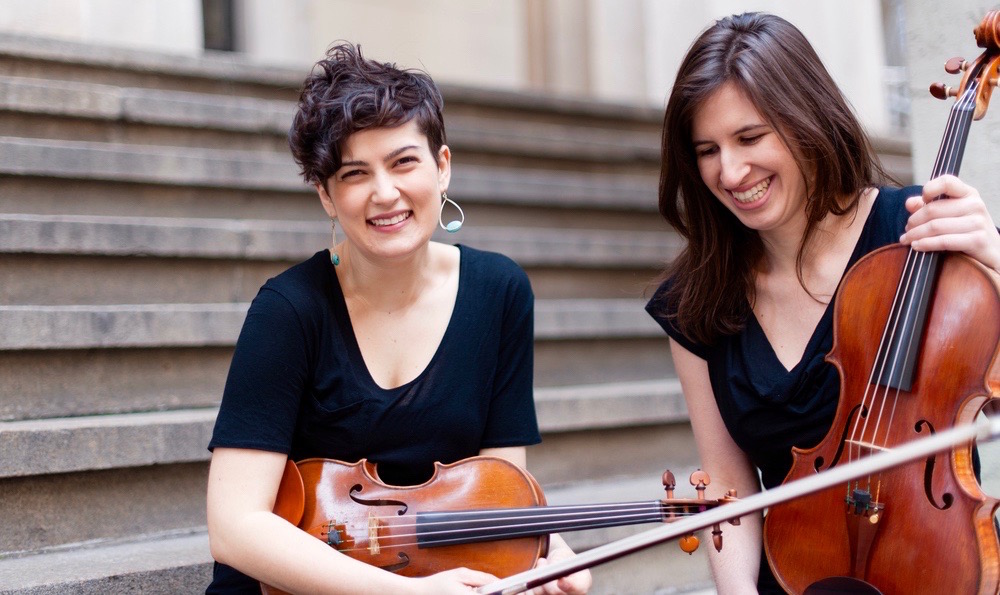 Mastering Arkbro and Svensson’s compositional languages requires collaborative work. They will be working side-by-side with andPlay in workshops during the summer of 2018 to work collaboratively on the music and on its context, in the form of a composed performance setting. The first workshop will occur at Avaloch Farm Music Institute in New Hampshire, a retreat center specifically designed for chamber musicians, and the second will take place in New York City.

Together, andPlay and kōetsu will design a concert in which no movement is unintentional, including set design, lighting, and the audience environment. Both composers will be writing a 25-30 minute work for andPlay which together will comprise the full duration of the concert program. The entire program will be composed in Just Intonation. This will create a unique environment where the performers and the audience can truly adapt to the tuning throughout the length of the concert, and perhaps even beyond.

The premiere of this program will be on October 23rd, 2018 at the Scandinavia House in Manhattan, New York. Both Arkbro and Svensson will be in attendance for the concert in New York and will participate in a pre-concert discussion with andPlay. This discussion will introduce the audience to the surrounding context of kōetsu's musical aesthetic, the guiding principals of the concert which they are about to attend, and to the process of collaborative investigation leading up to the presentation of this work.