Baskot Lel Baltageyya is an audio/visual music project with a strong live performance aspect that playfully attempts to bridge the gap between experimental music and the pop music landscape.  Lyrically, the project taps into the dark absurdist humor that was prominently featured in Egyptian popular culture throughout the 1990s. Musically, the project culls from monologuist performances, shaabi music, old Egyptian TV scores, early electronic music, and western psychedelia. The live performances include a visual element of recontexualized footage collected from Egyptian 80s and 90s B-Movies, TV series and ads. Those three elements are intertwined in a conversation that reflects the experience of living with - and organizing - chaos.

Baskot Lel Baltageyya is performed by Anwar Dabbour and produced by Adham Zidan, a musician, recordist, mixer and producer from Cairo. Co-producing the debut album with Zidan is composer, multi-instrumentalist and singer Tamer Abu Ghazaleh.

At EMS Abu Ghazaleh and Adham Zidan will continue the process of developing and refining the album. Zidan first learned of EMS while working with Mats Lindstrom and Daniel Araya during the Irtijal Festival in Beirut. For the kind of music being created for Baskot Lel Baltageyya, the mix between analog synthesis and digital recording that EMS provides is a no-brainer. 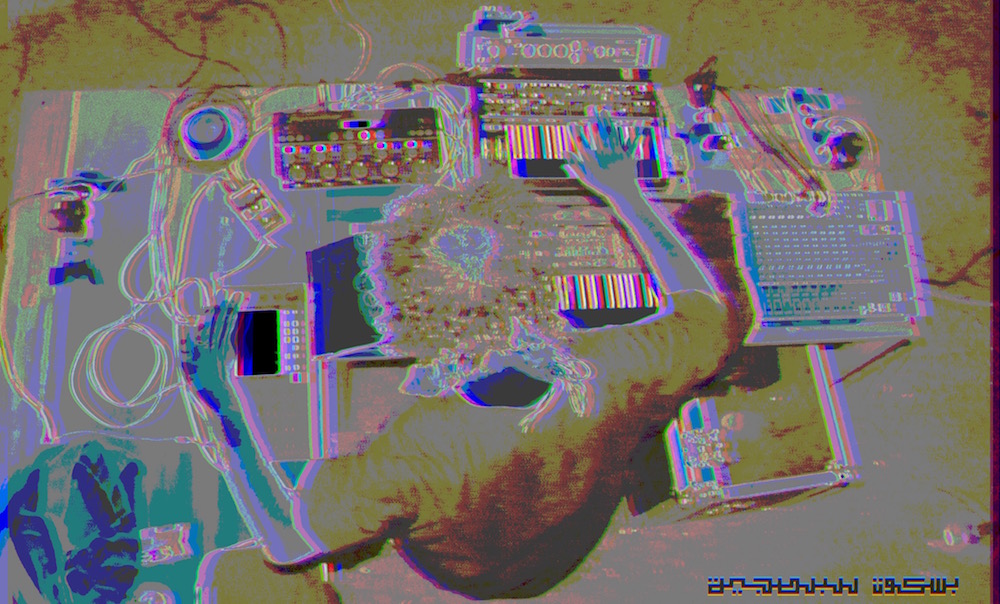