Nadah El Shazly is an Egyptian singer, composer and music producer living and working in Cairo. She is currently working on her debut album, continuing along her constantly evolving live set, which she has been performing the past few years. As well as composing, performing and producing her music using her voice and various electronic approaches, Nadah plays the Saz, keys and percussions.

Known for her versatile vocal prowess, Nadah’s journey in music is full of turns and shifts that sum up to give her sound myriad layers of influences. Before taking up sound art production training in Cairo, Nadah was consumed by early-twentieth-century music in Egypt, interpreted by the likes of Munirah al-Mahdiyyah. 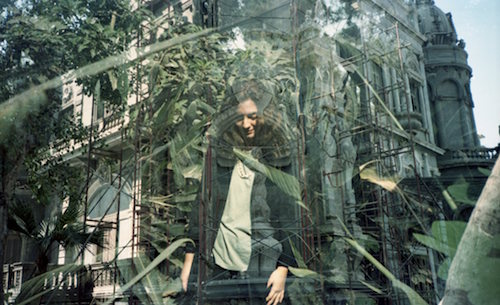 Nadah’s love for harmonies developed earlier on when she sang in her school choir for many years, whilst also receiving classical piano training. Putting the classical music chapter behind her, she went on to front a punk rock band in high school, and later on stuck her teeth in vocal improvisation whilst performing jazz standards in Cairene clubs.

Whilst studying psychology and theatre at the American University in Cairo until 2012, Nadah was drawn to the possibilities of sound beyond voice and singing. She has since been pursuing composition and music production, co-founding Shorba duo with Egyptian artist Mohamed Shafiq, collaborating with Lebanese rapper and producer El Rass, producing a track for the collective Nassibian Orchestra and composing for film and visual art.