With the help of the Italian Cultural Institute in Stockholm, EMS is able to welcome Federico Placidi (also known as U.S.O. Project together with his fellow sound designer Matteo Milani) as an AiR. Federico is an experimental composer and sound artist living in Rome. 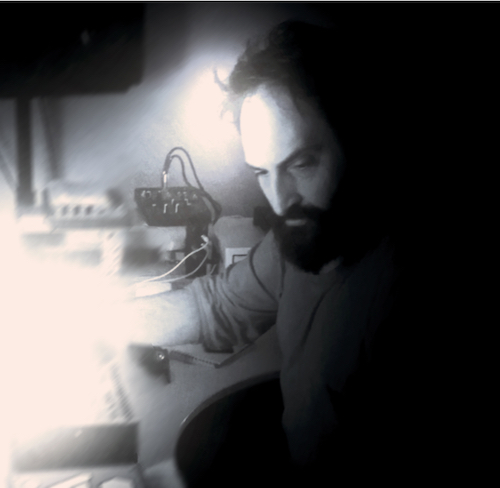 He thought that art, science and creativity are the best medium with which we can intimately and authentically experience our lives.

"I’m deeply convinced that music stems from the interaction between sound and our consciousness" he says.
"Consciousness creates music: it moves, assimilates sound and transcends it, thus creating what we normally call “music”. It’s a real emergent phenomenon, not an esoteric one; it’s biologically determined and delimited. In my work, then, the fundamental element is “sound” and its perceivable characteristics. Structures have an emerging nature, while their paths, directions, tensions and relaxations build themselves autonomously, through interactions produced between those primal elements that describe sound through subsequent transformations.

In his most recent works he is trying to explore the systemic interaction between computers (with custom built software) and analog devices (mostly Buchla and EMS) by using an Echo-Systemic approach applied to self-regulating control signals.

During his residency at the Elektronmusikstudion in Studio 4, he will try to bring this concept further by means of machine learning strategies (Neural Networks and Gaussian Mixture Models ).